Caution: Photographs that follow are gruesome. Be ready to face the reality.

Captions are from the Eisenhower Archives files for the photos. 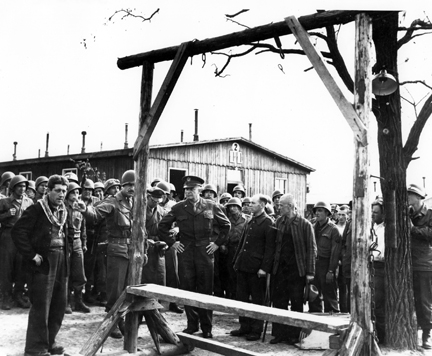 April 12, 1945
DDE walks around a cluster of bodies of prisoners who were left lying where slain at Ohrdruf 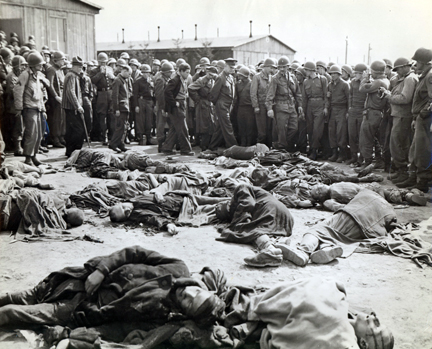 On April 15 General George S. Patton wrote to Dwight D. Eisenhower "...It may interest you to know that the very talkative, alleged former member of the murder camp was recognized by a prisoner as a former guard. The prisoner beat his brains out with a rock....We have found at a place four miles north of WEIMAR a similar camp, only much worse...I told the press to go up there and see it, and then write about it....another page of the necessary evidence as to the brutality of the Germans... 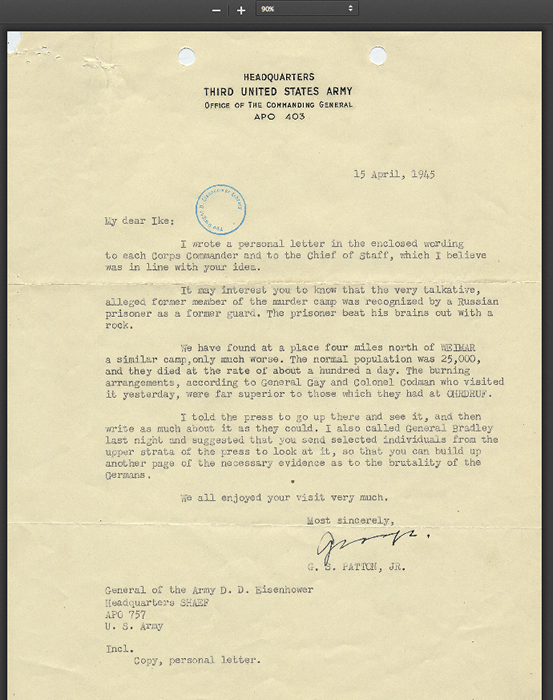